In the last few years important discoveries have been made about co-enzyme Q10 also called coQ10 or co Q10. It is best known for the role it has in the body to produce energy and improve cardiovascular health[1, 2] [3, 4]. Co-enzyme Q10 is a crucial part of the process of energy production within the mitochodria found in most cells of the body. 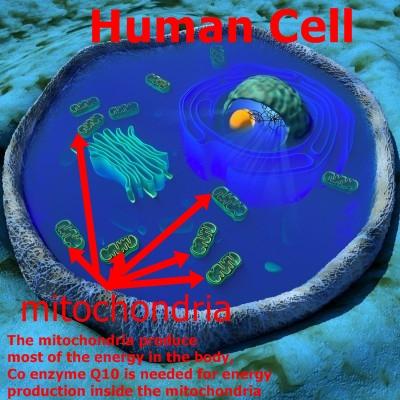 Statin drugs (atorvastatin) which are prescribed to combat high cholesterol have ben found to cause co-enzyme Q10 levels to drop [5]. This may explain some of the adverse effects of statins such as exercise intolerance and muscle pain [5]. Supplements of co-enzyme Q10 have been shown to improve cardiovascular health over a four week period, further improvement occurs if co enzyme Q10 is combined with exercise [6]. It is now recommended that supplements of co-enzyme Q10 are taken with any statin medication [7].

If the arteries become too rigid due to cardiovascular disease, the body struggles to move the blood. Co-enzyme Q10 can help the arteries regain elasticity.  A study last year found that people given co-enzyme Q10 along with vitamin C, vitamin E and selenium which are other protective antioxidants, found not only did this combination improve artery elasticity but it also improved glucose and fat metabolism, and decreased blood pressure [8]. 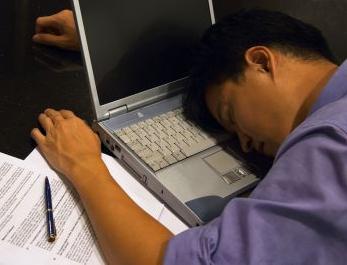 Where can you get co-enzyme Q10?

If you take any statin medication, you need to take supplements of co-enzyme Q10 [7]. Some of the signs it may be low are cardiovascular problems, low energy, chronic fatigue, depression that does not respond to treatment, and gums that bleed very easily. Any of these could have other causes. Naturopathy is based on helping every part of your body to work well. This means that to improve one symptom, say high cholesterol, we look not only at the problems directly related to high cholesterol, but also to the other problems that may have contributed to it. Naturopaths also use more than one solution to helping you regain health. There are many naturopathic treatments; herbal medicines, and nutrient rich diets tailored to your specific needs that can help improve your cardiovascular health, lower cholesterol, improve energy, and alleviate depression.

Contact Bay Health Clinic today to find out more or to book a consultation with one of our Naturopaths; if needed they will also prepare tailored herbal medicines and recommend supplements to help you feel your best.  Call 07 571 3226 or email us: ask@bayhealth.nz

Read more about how you can help your Heart and circulation

Links to Other Articles Relating to this...

Click on the title to a link to the reference

FIND OUT MORE ABOUT...

Please confirm you want to remove all the items in your cart.

Please Login or Order as a New Customer

When you've finished you'll have the option to create a password which will allow you to save your details and make your future purchases even faster.

Are you sure you want to log out of the site?

Thank you, your message has been sent successfully.